An engraving challenge launched by Chaumet 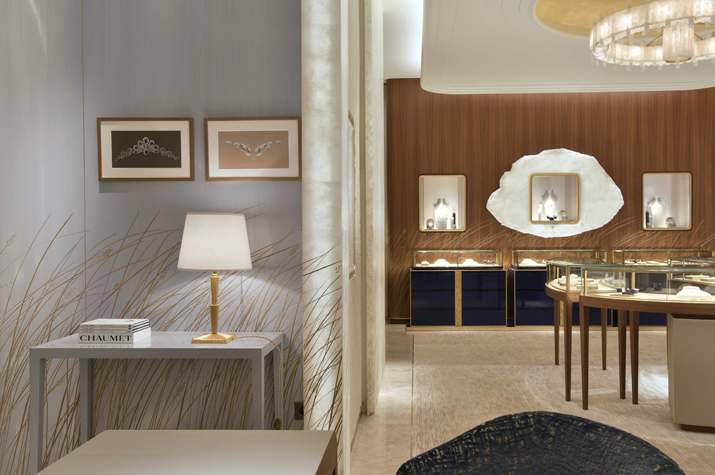 Imagine a backlit sheet of alabaster in which golden wild grasses would grow. Here is the challenge launched by Chaumet that we realized for its boutiques in France and abroad. Let’s discover this magnificent project for one of the greatest French jewelers.

The wild grasses of Chaumet tamed by alabaster 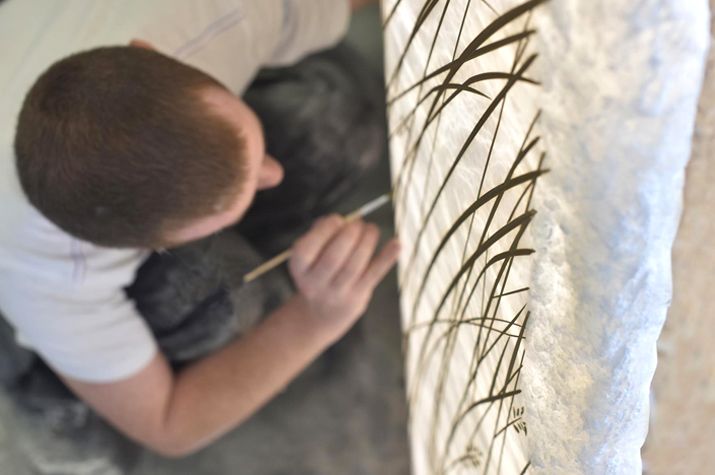 Do you know Chaumet’s wild grasses ? This vegetal touch in their stores has become a real signature of the brand. In this continuity, Chaumet asked us to engrave this pattern in alabaster.

“The greatest difficulty was finding the best way to engrave such a delicate pattern in alabaster without risking damaging the stone. After trying several techniques, by hand and then sanding, we finally opted for the technique of digital engraving which happens to be the most effective, “explains Marion Biais-Sauvêtre, our designer.

This new challenge has been raised with all the know-how of our workshop both in its implementation and in the technical details of final result. Nothing is left to chance, everything is thought out to highlight the stone and master the light. “Sanding technique erases the bounces of light while digital engraving allows fine-tuning the drawing and highlighting all the subtleties of variation of light possible.”

Like the crystal that grows inside a rock-like stone – the gemstone – the jewels are displayed in a showcase nestled in a mineral case, which seems to be cut like a slice cut in the rough stone. Thick alabaster pannels are assembled with harmony of shape by our sculptors. They then carve the contours of the stone to reveal the crystalline structure of alabaster and refine the pannel to create the backlight.

“The secret contained in the gem is revealed by the light. Our expertise in lighting alabaster has been a great asset on this project. Chaumet works with lighting designers, but the complexity of backlighting the carved stone was a specific know-how that only us were able to provide. The other difficulty was the hook system which had to remain invisible. Challenge met ! “, adds Marion Biais-Sauvêtre.

So far we created about twenty gems for Chaumet stores around the world and as many alabaster panels engraved with fine gold. This new know-how can be seen in our New York showroom where we display gold-etched panels with an art deco pattern. We are really willing to inspire our customers as much as they inspire us!

ICONIC, the new family of alabaster lighting elements in a full range of designs
23 September 2021